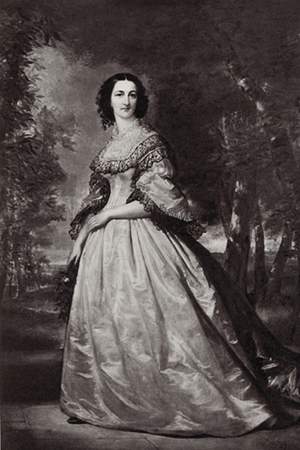 For over 160 years, the LCU Fund for Women’s Education has offered a helping hand to newcomers and career-seekers striving to make their mark in the great metropolis of New York, where dreams all too often dangle just out of reach. Starting in 1858, the LCU began helping women secure safe, affordable housing in New York City; more recently, through its innovative grant program launched in 2001, the LCU Fund has awarded over $16M to 35 educational institutions to alleviate housing as a barrier to college completion for female scholars of limited financial means. We have changed our strategies since then to adapt to the times, but our underlying commitment to safe, affordable housing as the gateway to opportunity for women remains constant.

In 1858, a group of New York women led by Mrs. Marshall Orme Roberts saw the pressing need for safe, affordable housing for young single women working in New York City. Organizing as the Ladies’ Christian Union (LCU), they raised money to buy brownstone buildings and convert them into housing for young working women. Throughout financial panics, depressions, and wars, the LCU created vital housing opportunities. By the mid-twentieth century, the organization was managing six houses in New York City.

In 2000, the LCU board of directors decided to sell these houses to establish an endowment fund. With this fund, the LCU would be able to provide New York City educational institutions with housing grants to assist female scholars in financial need (see more on our scholars in the Grantmaking section). In 2003 the LCU became the LCU Foundation — a secular, non-profit private foundation. Then in 2013 the Board of Directors ushered in a new era by renaming it the LCU Fund for Women’s Education, to better reflect the intent of the fund’s grantmaking.

The LCU Fund for Women’s Education is chartered as a 501c3 non-profit foundation under the laws of New York State. Find out more about the Fund’s board of directors.