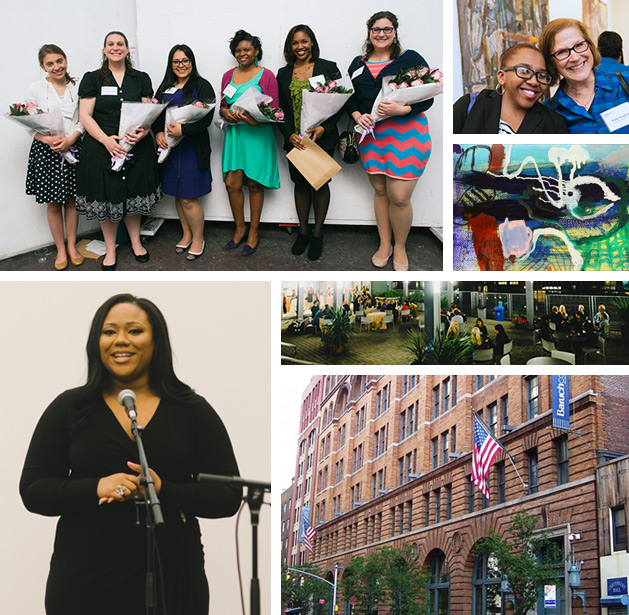 Message from the Board President

Walking in Central Park, you can’t miss it: A slender new Midtown tower thrusting above its neighbors, remaking the iconic Manhattan skyline. And to match its giddy height, that luxury Park Avenue building (along with several similar ones in development) will also have astronomic price tags for its apartments.

Is this the new face of New York City? Or can it remain what it has been for centuries: a magnet for talented but struggling newcomers, determined to launch their dreams and change the world?

We at the LCU Fund for Women’s Education believe in keeping the doors open for those strivers and dreamers. Won’t you join us?

For a century and a half, the LCU Fund has been addressing the persistent lack of affordable housing in New York City—a need so critical now that NYC’s new Mayor Bill De Blasio has made it a special focus of his administration. Our core mission remains as it has been since 1858: To support gifted women as they prepare to embark upon careers that give back to the greater society. Our strategy to accomplish this is simple: to underwrite deserving women students’ housing costs.

At our student showcase and donor reception in October, I was moved by how many of our student beneficiaries made a point of pulling me aside, determined to express how much this housing stipend means to them. Over and over I heard them testify, “I could NOT have stayed in school without this grant.” These are smart, dedicated women who’ve already done the hard work of getting accepted into an academic or professional program, who’ve often already invested a couple of years in their studies—until a financial roadblock rose in their paths. At the moment where it seemed that their hope of completing a degree was going up in smoke, in stepped the LCU Fund for Women’s Education to help make graduation a reality instead of a vanished dream.

As always, these individual students inspire and energize everything we do. Get acquainted with a sampling of these students on our website, where you can also learn about the great things that some of our program’s alumnae are now doing with the educations we helped make possible.

Please consider joining us in this important work. Click here to donate, or contact us to attend one of our donor appreciation events. Help us shelter the dreamers and keep their dreams alive!

Holly A. Hughes
Board President
LCU Fund for Women’s Education

The LCU Fund for Women’s Education is staffed by a full-time Executive Director and governed by a volunteer board of directors.

The board of directors makes up the engine of the organization. In the past year, the LCU Fund welcomed five remarkable new board members: Leslie Ehrlich, Allison Jones, Valeta Prendergast, Carol Ann Starmack and Linda J. Wright.

Statements of Activities and Changes in Net Assets for the Years Ended December 31, 2013 and 2012

In 2013 the LCU Fund awarded $556,000 in grants to fifteen institutions. One hundred fifteen students received funds to offset an average of 40% of their housing costs for an academic year. For many of these students, the housing support they receive may mean not having to take a second job, or not having to borrow more in loans for living expenses. Instead, they can work fewer hours at their job and feel less overwhelmed by the burden of paying for rent in a very expensive city. Most notably, supported students have less debt upon graduation. 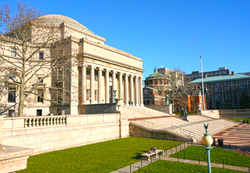 By partnering with these educational institutions, the LCU Fund strengthens New York City’s status as one of the world’s great places of opportunity.

Expanding the Circle of Support

The LCU Fund for Women’s Education (LCU Fund) would like to express our deep thanks to those who contributed gifts during the year. Through this valuable support, the LCU Fund was able to provide an additional ten housing grants to outstanding women students.

Peter Drake, Dean at the New York Academy of Art (NYAA) shares his thoughts on the impact of the LCU grant on the Academy’s recipients. He writes, “Many of our recipients have said that they could not afford to attend the Academy without the support of the LCU Fund. The financial benefit is in some ways obvious; the costs of living in New York have always been extreme, but now they are almost prohibitive for any young artist. More importantly, the boost of confidence that an LCU grant gives to someone entering a field that is deeply subjective can’t be overstated. Each year when we introduce our recipients to their LCU benefactors, I can sense the feeling that they have been singled out and encouraged to believe in themselves by the LCU Fund. Knowing that someone believes that they deserve to pursue their dreams can make the difference between retreating or advancing into their futures.”

NYAA student Kaitlyn Stubbs, a 2013 LCU recipient sums it up best, “By awarding me the housing scholarship, you have lightened my financial burden which allows me to focus more on the most important part of my education: learning. Your generosity has inspired me to help others and give back to the community. I hope one day I will be able to help students achieve their goals just as you have helped me.”

Annette Pineda, Director of External Relations with the City College of New York writes that, “Without a doubt the impact is tremendous. While some students would live on or near campus even without the grant, they could not accomplish nearly as much without the support. We have seen this with some of their peers who lack housing support; they move near campus and often either end up moving back home because they can’t afford the cost or their grades suffer because they work so many hours at their jobs. Our LCU grant recipients excel academically while also leading richer, and more simulating lives— volunteering, taking internships, participating in campus clubs and activities, and studying abroad— before graduating and pursuing fields dedicated to giving back.”

President’s Award for Excellence in Leadership

Sheina Theodore, a recent graduate of the Sophie Davis Biomedical Education program at the City College of New York (CCNY) was selected as the first recipient of the President’s Award. During her time at the college, Sheina was a leader in community work, both on campus and in the surrounding community. She worked in the CCNY Office of Student Development where she was involved in overseeing many student activities on campus. She was also inspired to work part time for two years at the Harlem Children’s Zone which aims to improve the education of children in Harlem.

In the summer of 2012, Sheina was accepted into the International Family AIDS Program through Columbia University and spent six weeks at a family health clinic in La Romana, Dominican Republic where she worked with patients. Upon returning, the program required her to complete a project in the Washington Heights community where she worked for several months at the CORNER Project, working with staff to significantly improve the health and quality of life for people struggling with drug abuse issues.

Sheina was an active member of the campus community, participating in the Student National Medical Association, Sisters of Sophie Haiti Relief Team, the Health Fair Outreach Committee and the campus radio station WCCR. Sheina has clearly taken a lead in serving her college community as well as the community surrounding City College. In the fall, she began her training at the Commonwealth Medical College in Pennsylvania.