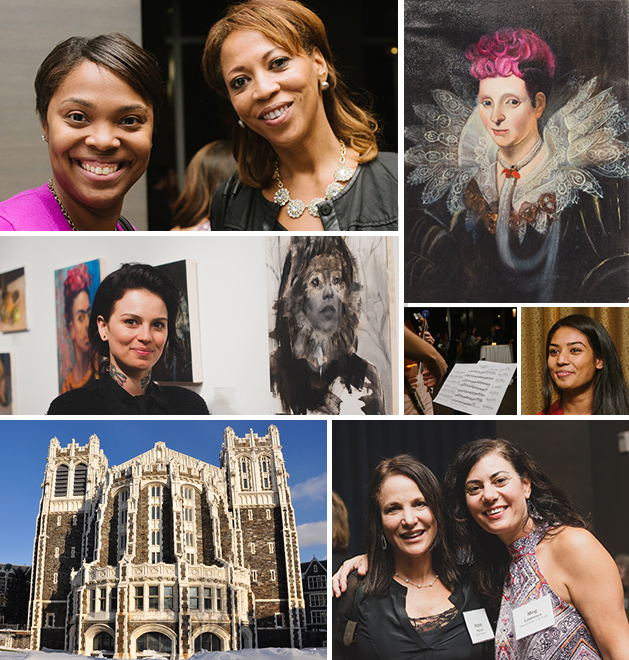 Message from Kathy Legg, Board President 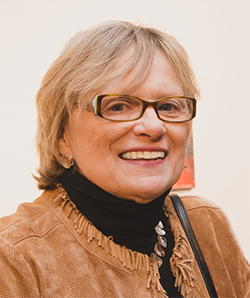 On a regular basis, LCU Fund for Women’s Education Board members make site visits to our grantee institutions. These visits to the colleges and graduate schools that we work with enable us to meet the staff, observe the school’s programs and student body, and—most important to us—meet some of the students who have been helped by the LCU award.

One visit we made was especially memorable for me. After the usual preliminaries, the staff left the room so that the Board members could visit with the students in a more unstructured way. The women described their situations and what the LCU Fund for Women’s Education’s housing grant had meant to them, many of them broke down in tears. Of course, the Board members were then in tears as well. One student in particular struck a chord, saying that while $2,500 may not seem like a lot of money to some people, it was enough to enable her to pay the rent on the apartment she and her son were living in and, as a result, stay in school. She had been faced with dropping her school enrollment in order to work and keep the apartment. I have no doubt now that this student will finish and get her degree.

At all of the schools that we support, we find the students are working incredibly hard, against daunting odds, often holding one or two jobs and not infrequently parenting young children at the same time. Our grants help them focus on their studies and get their degree. The students recognize the critical importance that finishing school can have for them. As one of them told us, “Education means power!”

The Foundation is intent on funding as many students as we possibly can. We have been carefully husbanding our resources to be sure that as many dollars as possible are available for grant distribution—in fact, for this reason, we no longer have a physical office. We are building the board and our donor base with the goal of helping ever more students, regardless of what market forces might do to our resources. In 2014, $711,000 was distributed in grants, more than 25% over the prior year.

We hope you will join us in helping us remove one of the most challenging barriers that students in New York City face as they pursue their college or graduate education: a safe and suitable place to live.

The LCU Fund for Women’s Education is staffed by a full-time Executive Director and governed by a volunteer Board of Directors. The Board is comprised of women and men representing a diverse range of professional backgrounds including education, law, medicine, non-profit management, philanthropy, marketing / public relations and business.

The Board of Directors is the engine of the organization. The following individuals were serving as of November 2015:

The LCU Fund for Women’s Education is committed to limiting administrative costs and maximizing our grantmaking. In 2014, our staffing and infrastructure costs comprised 12% of our annual budget—a number below the industry average.

Statements of Activities and Changes in Net Assets for the Years Ended December 31, 2014 and 2013

The LCU Fund for Women’s Education awards grants that ease the burden of New York City housing costs for promising women students, who are preparing for careers that give back to the community. The aim of these grants is to free students to focus more fully on their studies and receive their degree.

Through the LCU Fund’s investment in women’s education, we strive to transform the lives of not only the women we support, but also their families and communities.

Since 2000, the LCU Fund for Women’s Education has awarded $10.5M in grants to nearly 2,000 remarkable women students at 35 institutions. In 2014 alone, the LCU Fund for Women’s Education disbursed $711,000 to 17 institutions, providing valuable housing support to 132 deserving women who refuse to let economic disadvantages prevent them from pursuing careers that will help them to help others.

Grants are awarded annually to selected four-year colleges or universities, arts academies or conservatories—public or private—that offer undergraduate and / or graduate programs within the five boroughs of New York City. Grants are to be used specifically for housing support for women students preparing for careers in the arts, education, social work, public administration, religious leadership, criminal justice and health care.

The women supported by the LCU Fund for Women’s Education represent a diverse cross-section of the New York community. Their profiles range widely: a fifty-year-old woman who, after escaping an abusive marriage, is finally able to pursue her goal of becoming a teacher; the single mother completing her interrupted coursework and realizing her dream of becoming a nurse; the seventeen-year-old ballet dancer living on her own for the first time. Nearly a quarter of LCU Fund for Women’s Education students are the first in their family to attend college. Fifty-seven percent are from one of the five boroughs of New York; 23% from other areas in the United States; and the remaining 20% from other countries. Over half are women of color, most are single, and some are mothers. Many work as well as attend school — often two or three jobs to make ends meet. Despite their differences, they all possess a demonstrable need for additional support in order to complete their education and graduate.

We know that these grants make a difference. With individual grants averaging $5,000, LCU Fund for Women’s Education disbursements offset roughly 40% of housing costs for an academic year. For many of these students, the housing support they receive may mean not having to take that second or third job, or reducing the number of shifts, or not having to borrow more in loans for living expenses. Instead, they can work fewer hours at their job and feel less overwhelmed by the burden of paying for rent in a very expensive city. Most notably, supported students have less debt upon graduation.

Lauren, a rabbinical students at the Jewish Theological Seminary and recipient of a 2014 housing grant writes,

“I wish to express my heartfelt gratitude and appreciation to the LCU Fund for Women’s Education for the grant that will allow me to continue my studies and active community involvement while enabling me to live on campus. I am incredibly grateful for this support! Without your incredible generosity, I would not be able to pursue the rabbinate and focus in on helping those that are commonly underserved by Jewish organizations and other spaces. I have long considered the rabbinate as a career but was not sure that this would be something that I would be able to bring to fruition. I am very grateful to the LCU Fund for helping me along my journey. With your support, I am able to live on campus, which allows me to dedicate myself wholeheartedly to my studies and to continuing my extracurricular involvement, as I continuously look for opportunities to enhance my ability to serve. I am excited to continue to serve the community with even more enthusiasm and dedication this year. Thank you again for all you do to support me and others as we begin our lives of service to others.”

Jeannette Takamura, Dean of Columbia’s School of Social Work (CSSW) writes of the partnership with the LCU Fund for Women’s Education,

“The impact of the LCU Fund for Women’s Education’s support on the individual student recipients is profound. It is no exaggeration to say that, almost without exception, they would have had to leave the School and not complete their degree, were it not for the LCU housing grant they received. In some cases, students awarded in their second year of studies here would have had to forfeit an entire first year of studies at the School (though not the debt incurred!), had they not received the support. The students who do receive support from the LCU Fund for Women’s Education are, almost without exception, students who have already exhausted all available forms of support. By the time they are identified as candidates for this funding, they are precariously close to not being allowed to stay enrolled in classes. More frequently, the expense of attending CSSW and living in New York City simply outpaces the level of financial aid students of modest means have been able to secure.”

View profiles and photos of current and former LCU Fund for Women’s Education-supported students. More about our student beneficiaries »

We are immensely grateful for each and every gift. Our 2014 donors deserve a warm round of applause!

We’ve taken every care to ensure the accuracy of our 2014 donor list. Please contact us if you have any questions, comments or concerns.