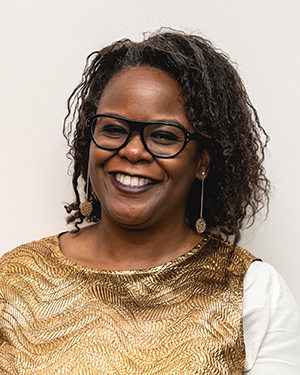 Sandra M. Stevenson is an award-winning Assistant Editor in the photography department at The New York Times. She oversees digital photo editors on the news desk and works on visual content for Race/Related and the Gender, in addition to special projects such as "Overlooked." She’s originally from Albuquerque, NM and was raised in Cheyenne, WY. After receiving a BA in English from Syracuse University, Sandra spent four years working at NBC – first as a Page and then working on various news programs. From there, she became the program coordinator for the Black Filmmaker Foundation. During her time there, she held a deep commitment to helping people of color enter the film industry at various levels.

Sandra then returned to the news industry, by taking on a position at The Associated Press, where she spent eight years moving up from photo assistant to overseeing photo news coverage for Latin America and the Caribbean. She also took time to work on and an advanced degree in multimedia from L'Universite Toulouse in France. Sandra was a contributing writer in the book "Unseen: Unpublished Black History from The New York Times Photo Archives." Most recently, she was the picture editor and co-curator on the book "This Is 18."

She currently serves as a governor on the Overseas Press Club – America. Previously she was the board president at the Bronx Documentary Center as well as a board member of the American Montessori Society.